Free Online Lecture – Far from Isolated: Resilience and Adaptation Among the Rarámuri in the 20th Century with José Miguel Chávez Leyva Far from Isolated: Resilience and Adaptation Among the Rarámuri in the 20th Century with José Miguel Chávez Leyva, PhD Candidate, University of Texas at El Paso

The Rarámuri (Tarahumara) have traditionally been viewed as a group that retreated into the mountains and canyons of Chihuahua, fighting outside influence with isolation. This ignores the ways that the Rarámuri have responded to the multiple intrusions to their territory over the course of the 20th century. From fighting in the Mexican Revolution to working as railroad laborers, the Rarámuri have never shied away from participating in a society that has branded them as primitive. This lecture will explore some of the rich tapestry of Rarámuri history, looking at ways in which they have actively worked to preserve their way of life from the turn of the century through the 1970s.

José Miguel Chávez Leyva is a Ph.D. candidate in Borderlands History at the University of Texas at El Paso. His research is centered on the environmental ethnohistory of the Chihuahuan and Sonoran deserts, and how Indigenous peoples in these regions have maintained their identities despite outside pressures from the colonial era to modern times.

This online program is free, but space is limited. To register visit: https://bit.ly/AmerindOnline022021 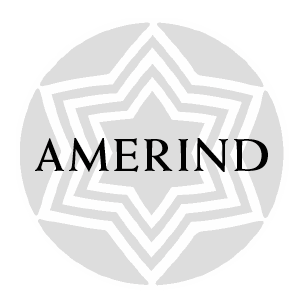